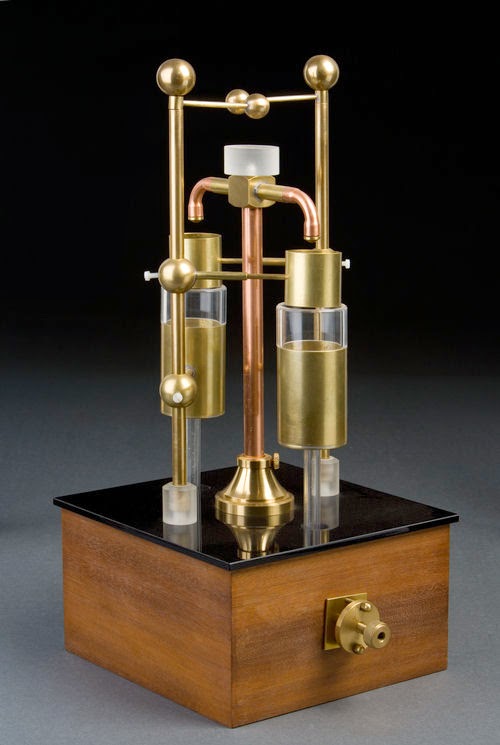 A picture is worth a thousand words! The ancient Egyptians knew it and we know it too.
The tendency of rediscovering ancient knowledge is a fact. Also I have to say that sacred technology was under the control of the very few priests, shamans, magicians or kings. The theory maybe was not so developed but this few sacred scientists knew that keeping the guidelines received probably by the gods they were able to develop functional tools, using just what the environment can provide them, with non destructive techniques. Most of these tools of them were electric and the methods to obtain electric power were based on electro static devices. I wrote before about the possible use of granite, quartz crystals and other precious stones combined with gold and silver.
One of the most intriguing ancient Egyptian objects, to me at least, is the Sema Tawy. 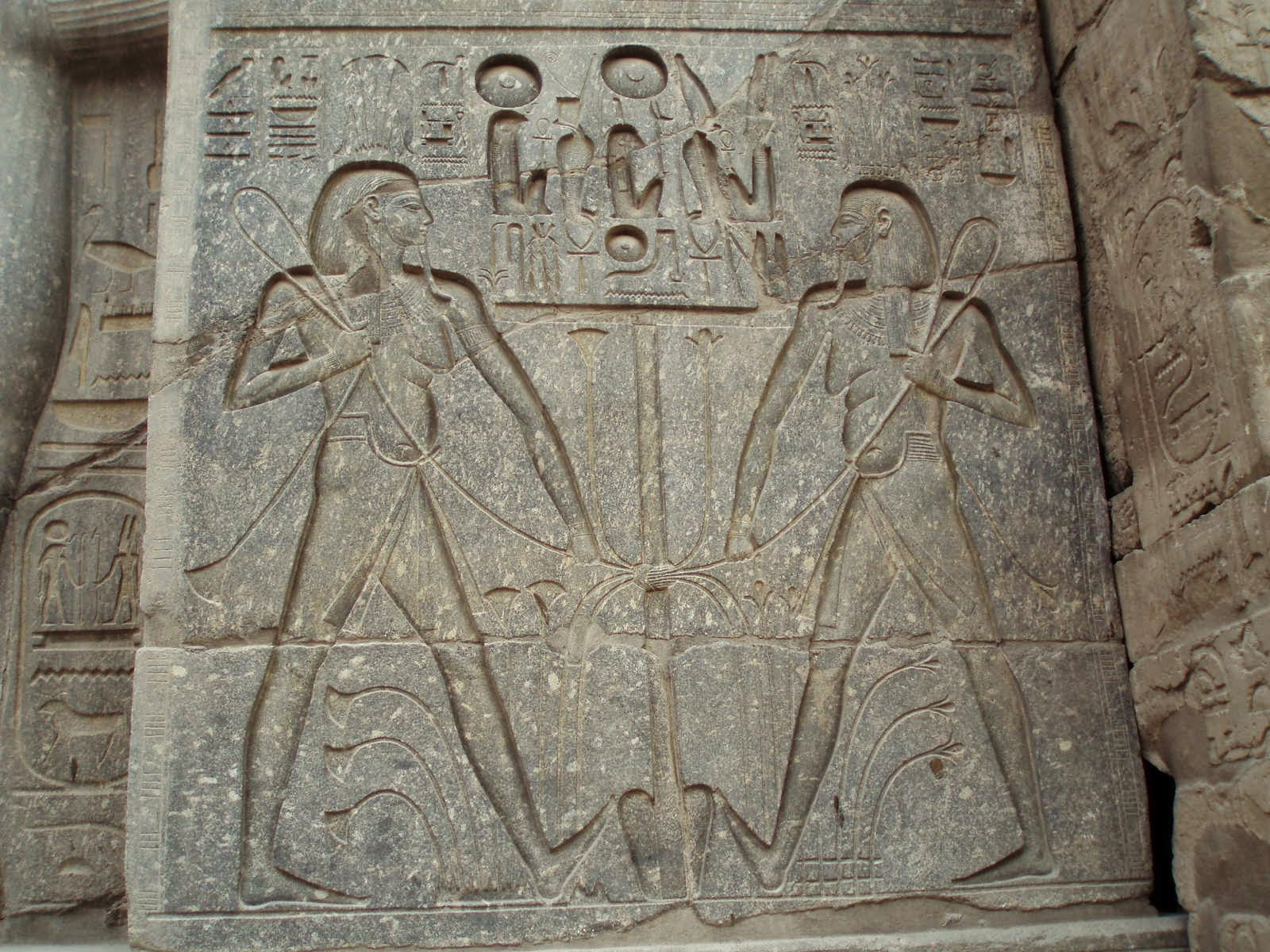 “The Sema-Tawy is an ancient symbol of the union of the , Upper and . It is composed of the heraldic plants of the Two Lands. Lilies, for the south (Upper), and papyrus, for the north (Lower), are knotted around the hieroglyphic sign for 'union’.” (http://eternalegypt.org/EternalEgyptWebsiteWeb/HomeServlet?ee_website_action_key=action.display.glossary&language_id=1&glossary_index=83)
But could be this symbol interpreted differently, as a real factual object for example? What purpose should have such an object that has to be operated by two individuals? The so called “alabaster perfume jar” found in Tutankhamun’s treasure is very detailed and metal ornaments at the ends of the papyri and lilies flowers are suggesting some sort of electric connection. We can see that the two servants are connecting only “flowers” of the same type and not as in a union of the different plants described. Even the “roots” are connected in a clear different graphic manner to the soil or land or insulation platform. 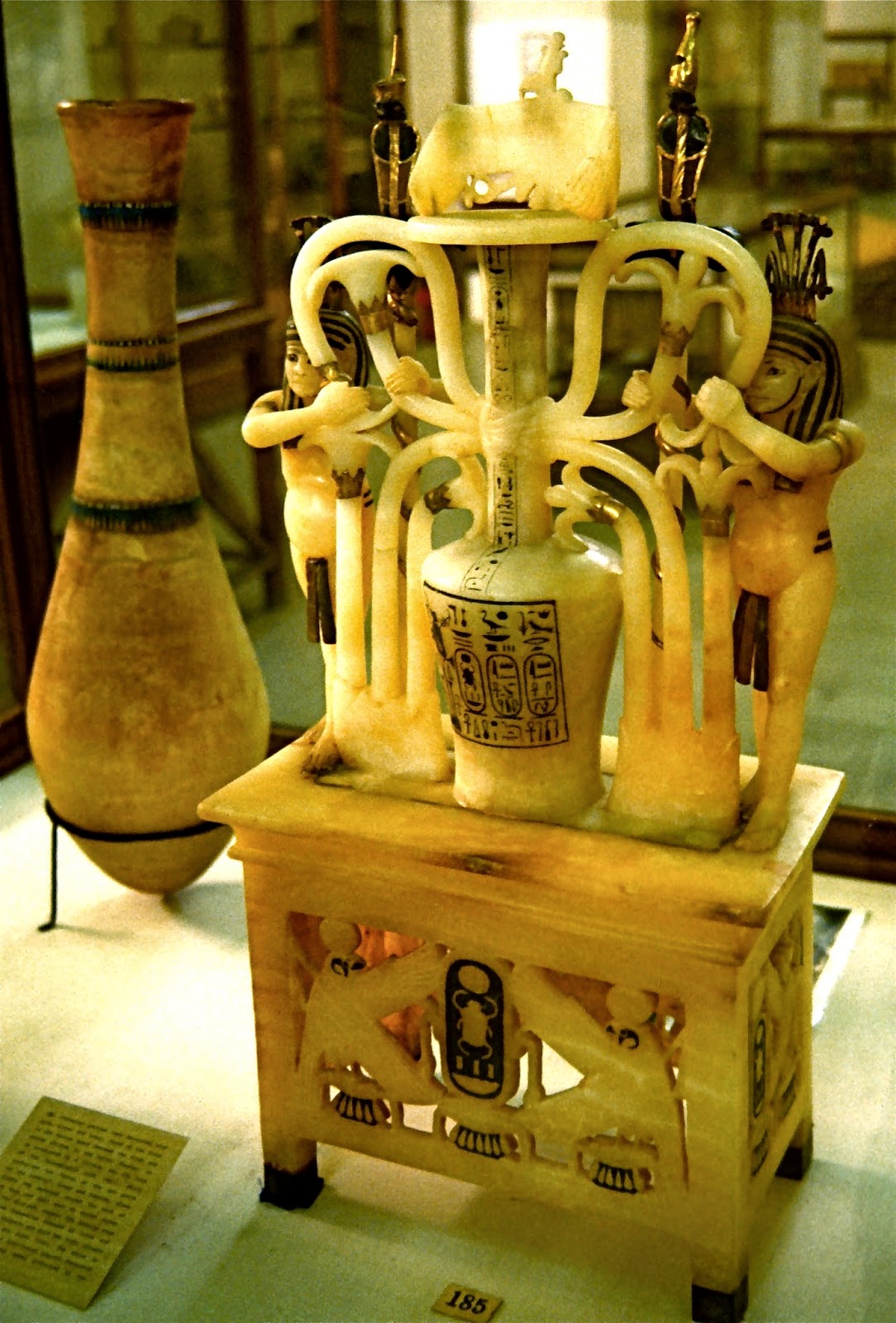 I know that my theory is outrageous but be patient because it is more to discover!
The Sema-Tawy is depicted as a power object concealed always below the king’s throne. Why? Is it only the king’s attribute to use such a powerful device? What if this “symbol” is in fact an electric generator? An electro static generator, to be more precise, that works very well in a very dry environment as . Even if this symbol has the general public meaning of Unity of the two lands, the real utility was as usual hidden in plain sight. 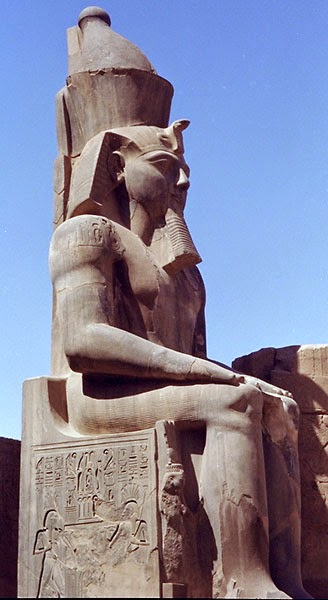 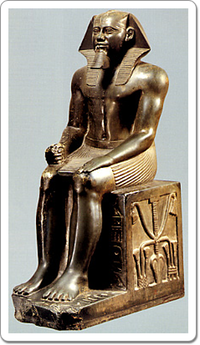 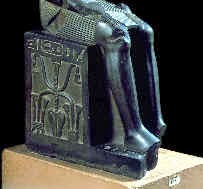 Let’s leave this subject for a wile and let’s travel forward a couple of thousands of years.
In 1867, the British scientist William Thomson (Lord Kelvin) invented a water dropper electrostatic generator strangely similar to the Sema Tawi symbol! If the Sema Tawy is translated into lab equipment it will look like even a more complex Kelvin electric generator. Down here you can find all the technical explanations:
http://en.wikipedia.org/wiki/Kelvin_water_dropper 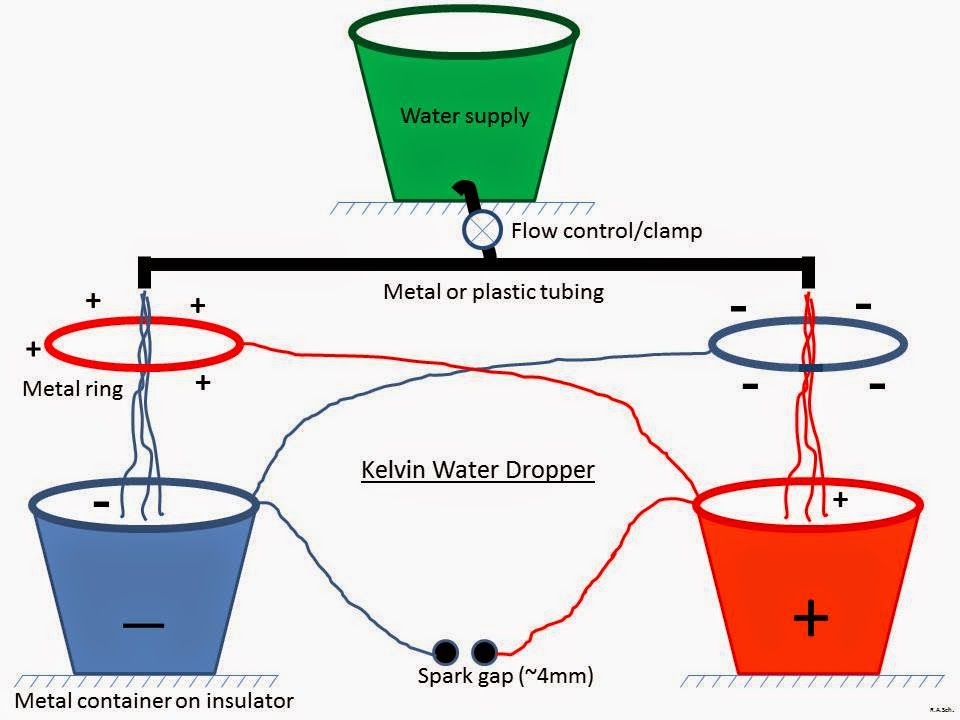 Even the “knot’ at the center of the device is present, or the water container or the insulator platforms. By the way, the Egyptian hieroglyph for “water jar” ( W14) is suggesting exactly that regarding the centered piece of the Sema Tawi device.

The voltage obtained with a simple Kelvin generator is in the range of kilovolts and can be stored in jars capacitors (or other possible capacitors as the Ark of the Covenant). Even a small Leyden jar made of a plastic water bottle can store enough energy to lead to a cardiac arrest in case of accidental discharge!
I want to mention also that the electric spark created during discharge is in fact plasma! Plasma discharge is in use today in granite and other rock quarry controlled fragmentation and exploitation (wet rock using fresh or salt water). 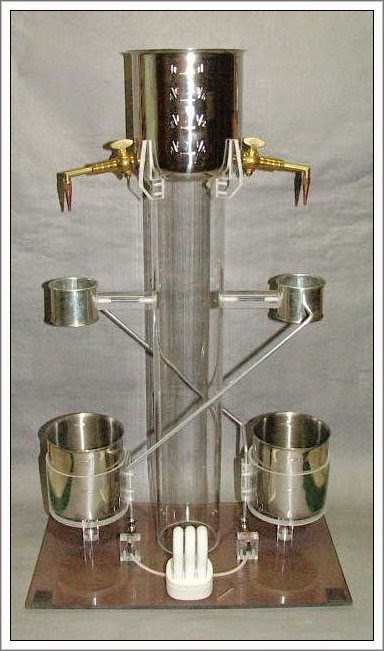 The working principle could be the ancient Egyptian water clocks. 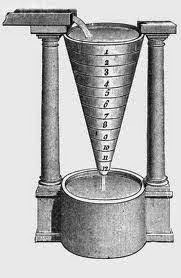 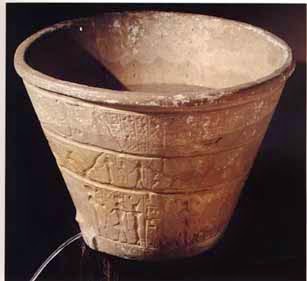 If this theory is to be proven then other interesting facts should be get into consideration.  How should we understand the meaning of Upper and ? If lilies and papyri flowers are electric symbols how could we retranslate some of the ancient texts and carvings? The implications are huge!
The Sema Tawy looks like a plus-minus natural force, positive and negative conductors or an Upper- Lower balance if you want, too similar to a Kelvin generator to be just another coincidence.
My conclusion is that archaeological work and hieroglyphic translation should involve electronic engineers and scientists from other fields of research in order to go further the first level of interpretation and to recover as much as we can from our lost sacred technology.